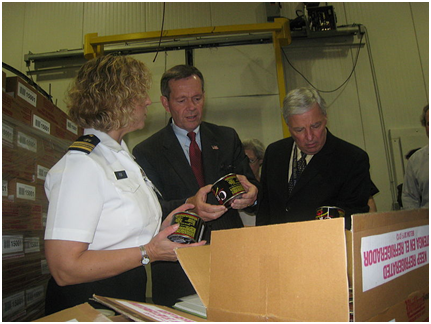 The US Food and Drug Administration (FDA) has issued The Cape Apothecary with a warning letter, after an inspection at their premises revealed microbial contamination. The letter was issued on August 12th, 2016, following a routine check at the company’s Annapolis, MD facility. 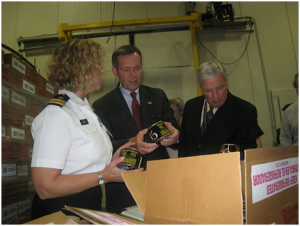 The Cape Apothecary was cited for unapproved new drug products and improper sterile manufacturing processes, both of which are considered serious infringements.

During the FDA inspection, investigators also found that there were deficiencies in the company’s sterile manufacturing process, and that personnel were not using a sporicidal agent, placing components and materials into an ISO 5 hood without wearing gloves and using non-sterile sanitizers. Environmental samples from various locations within the facility were collected and subsequent test results showed microbial contamination.

The FDA has been cracking down recently and companies found not to meet their compliance standards face stiff penalties. The Cape Apothecary will have to prove that they now meet the expected standards and ensure that they maintain an antiseptic, sterile environment at all times.

Laying Down the Law

The FDA 510k clearance process is a premarketing submission that’s designed to demonstrate that a product is safe and effective, and that manufacturing takes place under sterile conditions. There can be a call for a review, such as from fdathirdpartyreview, if this comes into question, or if further down the line, it seems that standards are not met. The Cape Apothecary has now been called to book and needs to take steps to ensure the agreed regulations are met.

The Cape Apothecary was also found to have not established an adequate system for maintaining the equipment it was using to monitor antiseptic conditions, and had failed to create an adequate system for disinfecting and cleaning. The company was also found to have fallen short on monitoring conditions in antiseptic processing areas,with inadequate procedures in place to deal with microbiological contamination.

In the FDA’s letter, it recommended that the company immediately undertakes an in-depth assessment of their operations and considers facility design, processes, procedures and personnel. The assessment should also include reviewing the antiseptic processing operations, as these are a major problem.

The Cape Apothecary must respond to the FDA citation in a speedy manner and meet the expected standards as quickly as possible, or face further action.