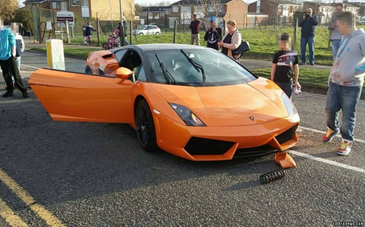 Drivers of all ages have been hiring supercars from specialist companies that have a wide variety of sports cars under their vehicle fleet management. But sometimes hiring a “nice” car can make them feel overconfident and become complacent and they end up driving too fast and recklessly. This article will give some stories about people crashing their supercars. 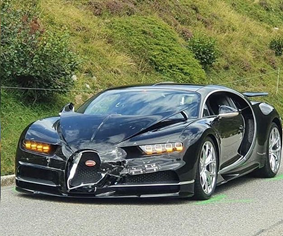 In Italy, a teenager had recently purchased a 2013 Lamborghini Aventador. He had pulled out onto a street and collided with a motorcycle. Both the supercar and the motorcycle took some damage, but thankfully, no one was injured. However, judging by the photo that was released a long side this story, it looked as if the supercar driver was in the wrong by not looking before pulling out onto a street, leading the motorcyclist to crash into the car. This gives all drivers a lesson to always look before making a move!

Another story involves a truck driver winning a 2011 Lamborghini Mercielago in a competition but crashing it six hours after being given the keys. The crash may be due to the fact it had been snowing and combining it with the tyres of the car which aren’t meant for snow obviously meant a harmful end.

The owner of a 2013 Ferrari 458 Italia Underground racing car had been attempting to drive at a high- speed at a club on a runway. Unfortunately, he had underestimated the length of the runway and braked too late, resulting in an unlucky crash.