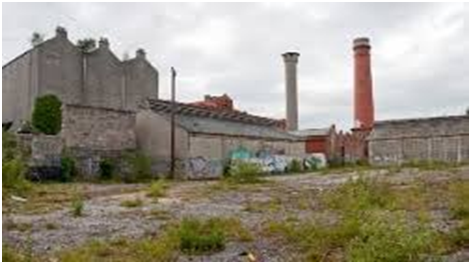 In the UK available green space is limited so it has become important to reuse land called brownfield sites. This is land that has previously been developed for another purpose. It is often land that has been used for industrial or commercial purposes. This derelict land could well be contaminated though, especially if previously used for industrial reasons. Contaminants include hazardous waste and pollutants from chemicals used in industrial production.

There are 66,000 hectares of this kind of land in England and most of these are in highly sought after areas around Greater London, the South East and East of the country. There was a target to build over 60% of new homes on brownfield sites made in 2008 and that aim has already been overtaken. It is basically a case of recycling land.

These brownfields sites are also planned for the development of open spaces and community or recreation areas. They can also be set aside for woodland and conservation areas. However, due to the level of contamination from previous land use, a brownfield site will need to assessed by an environmental professional as soil needs to be analysed. Groundwater and surface water will also need testing for evidence of pollutants and to establish what possible risk might be present.

There are special regulations and laws that need to be complied with and strict environmental regulations. Special licenses are also needed for reclaiming and developing on brownfield sites. If the outcome of the assessment is positive then the next step of the process is called Remediation.

This is the act of physically removing the contaminants from the soil to get the land back to a condition that is deemed safe for health. This can be a complex and time consuming task and if the costs become more expensive than any gain from using the site, then the site won’t be used. Therefore there is a great deal to consider when wishing to redevelop on such a site. For Land Remediation Services, visit http://www.ashremediation.co.uk/

There have been some innovative developments in remediation that are more cost effective and these include:

Bioremediation – this is the use of natural processes and involves using bacteria, plants and fungi to neutralise toxins in the soil.

In-Situ Chemical Oxidation – this method involves injecting oxygen into the soil or water to destroy pollutants.

Phytoremediation – uses plants to hold the contaminants in their leaves which can then be mined for reuse, such as heavy metals. It is crucial that these plants don’t fall into the food chain.