If you’re in a man-made environment, the chances are that many of the things you see have had some connection to 3D design. From images of building developments depicted on construction site hoardings to the smallest components inside your car engine, nearly every recent man-made object has at some stage been rendered as a 3D model during its design process.

Almost all modern video games contain 3D models, from the basic blocks used in Minecraft to the detailed football players depicted in the FIFA series. Every building, landscape, figure and weapon in Fortnite was built using 3D modelling software.

3D models appear on our screens, too; studios like Pixar and Dreamworks produce a steady stream of blockbuster movies, heralded by the release of Toy Story, the first ever computer animated feature film, in 1995.

The models may be constructed on computers but the way the 3D models are made is still based on the fundamental techniques of sculpture used through the ages. They often start with ‘primitives’ – basic geometric shapes such as cubes, spheres or pyramids – that can then be carved or chiselled like a block of marble, manipulated like a piece of wire mesh, or melded together and then refined like clay. Digital 3D modelling artists can use any or a combination of all techniques to create their models, based on whatever the purpose the model is for.

The different uses for 3D models is vast, and there are different types of software that suit various specialist areas. For example, Pixar use a proprietary software called Presto, which has a similar interface to Maya and 3DS Max, two well known types of software. Architects, engineers and construction professionals use building information modelling (BIM) software such as Revit. Specialist companies like BIM technology use BIM technology software for mechanical, electrical and public service designs. 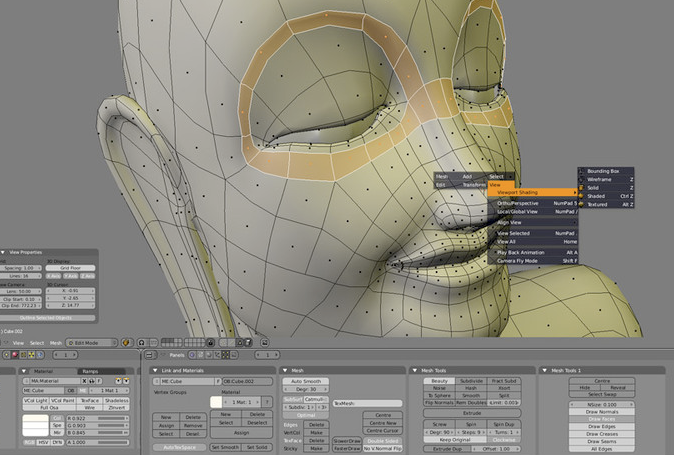 Skills in 3D modelling are an asset in many industries, and it’s easy to get a taste of it at a very low cost. There’s plenty of freeware available on the web to try out, such as Blender, Google’s Sketchup, 3D Crafter, and more. Whether you’re dabbling as a hobbyist or are thinking about a future career, it’s a good way to start.