Home  /  Reviews  /  How to choose the location of your lair
Trev February 28, 2020 Reviews Comments are off

Before Bond saw Jason Bourne in action and got all serious he was always been called on to stop some megalomaniacal individually from destroying or taking over the world as we know it. Blofeld and Spectre, Stromberg and Drax all had big plans for humanity and they mainly involved us not being around anymore or to be there slaves. Some just wanted to make loads of money like Zorin and Auric Goldfinger by creating a monopoly. One thing they all needed was a base. 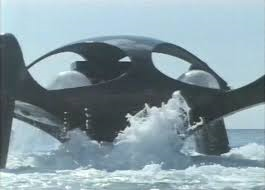 Most evil villain plans require an enormous amount of resources and capital to get them off the ground. It’s not that easy to steal nuclear submarines as first you have to find them and they tend to move about a lot. Secondly getting the crew to agree to willing give them over without a fight can be a tricky business given the fact that they have enough deliverable megatonnage on board to level a continent. Stromberg, the shipping magnet, used a hollowed out tanker. Helpfully he left a scale model of it laying around in his lair for an undercover Bond to make the connection that he was using it to capture the Subs. The lair itself was an underwater palace that must have cost him a tidy packet of the millions he had made sending goods around the world. He seemed to employ a lot of staff as well so his overheads must have been enormous. All he wanted was to create a new world under the sea. He could have just done that without triggering Nuclear War, no one would have minded.

The other famous villain hideout is that of Blofeld and Spectre. It’s never fully covered as what Spectre wants for the world but it’s assumed its evil so they must be stopped! This time they hollowed out a volcano, yes that’s right they hollowed out a volcano and put a fake lake over the top of it. They then proceed to go way beyond anything that NASA or the Soviet Space Agency Roscosmos has managed to do in the 1960’s by building their own much larger rocket ship that is able to track the trajectory of the USA/Russian crafts perfectly, open up at the front, swallow them and then return safely to the volcano without randomly dumping itself in one of the world’s oceans. They’ve been able to source the fuel and the staff for this as well. Where do they get these guys from? Do they advertise in a paper or something? “Wanted, experienced rocket maintenance engineers to work in a fake volcano. Must have their own yellow overalls and tools” (well they’ve got to cut costs somewhere).

If you need someone to look after your interests and you don’t need an underwater city, massive helium airship or oil rig then a Close Protection London company can help you put.