Home  /  Reviews  /  Why Should you Visit Worcestershire
Trev March 27, 2020 Reviews Comments are off 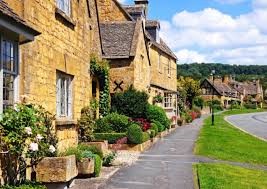 Worcestershire is a county of variety. In the North West, you will see the industrial revolution towns of the West Midlands, with Victorian buildings and stretches of canals harking back to the later 19th Century. In the South of the county, the border with Gloucestershire sees the rolling hills and countryside synonymous with the familiar sights of the Cotswolds, and the border with Hereford containing a stretch of the Malvern Hills, area of outstanding natural beauty.

It is also the birthplace of the famous composer Edward Elgar, and it is said that the inspiration for The Shire from Tolkien’s Lord of the Rings, is the county of Worcestershire.

Visitors to Worcester will find there is plenty here to see and do – those who enjoy the great outdoors, shoppers looking for a bargain will find a wide range of stores from all the high street ones, to this Worcester double glazing company , and as for festivals, there is plenty going on in Worcestershire…

Worcester Beer, Cider and Perry Festival – Beer, cider and perry galore, a visit to the festival in August is a must for drink fans. With hundreds of local beers and ciders to try, with many made in the county or just over the border in Hereford you will be spoilt for choice.

Broadway – This idyllic town is the perfect base from which to explore the beautiful Cotswolds countryside. With a great selection of bed and breakfasts and hotels in the area, visitors will be spoilt for choice, and there are plenty of walking routes from which to take in the beautiful surroundings.

Worcester Cathedral – This ancient Cathedral is free to visit and full of history. The building of it began in 1041 and is home to some stunning displays of Victorian stained glass, as well as the tomb of King John.