Home  /  Reviews  /  Amazing Ambulances Around the World
Trev October 31, 2017 Reviews Comments are off

The oldest ambulance still driving is a 1951 Barndoor VW Kombi. It’s a Type II ambulance that converted to be used as a medical vehicle in Bonn, Germany by Miesen Ambulance. It then served in Portugal.

The most sustainable and eco-friendly ambulance is a new prototype being used in Scotland. It’s an electric vehicle that the ambulance service hopes will increase efficiency and cost-effectiveness for the future of ambulances.

Back in 1998, a man from Bristol created the world’s smallest ambulance. Nicknamed the ‘Kitten 999’, it was too small to be used in an emergency response capacity but instead was used to visit local schools to highlight safety and first aid. The man behind the ‘kitten’ was Keith Pillinger who runs the Bristol Paramedic Ambulance Service. The ambulance is a converted Reliant Kitten and everything on board is in miniature.

One of the fastest ambulances in the world is the Mercedes-Benz AMG Ambulance specially designed to respond to any incidents on a Formula One racetrack. The design includes doors with explosive charges, to blow off in case of a rollover and with a top speed of 155mph, it can get drivers to hospital in super-quick time. You’ll see ambulances at most car and motorbike racing events. For Events Medical Cover, visit https://www.outdoormedicalsolutions.co.uk/corporate-event-medical-cover/ 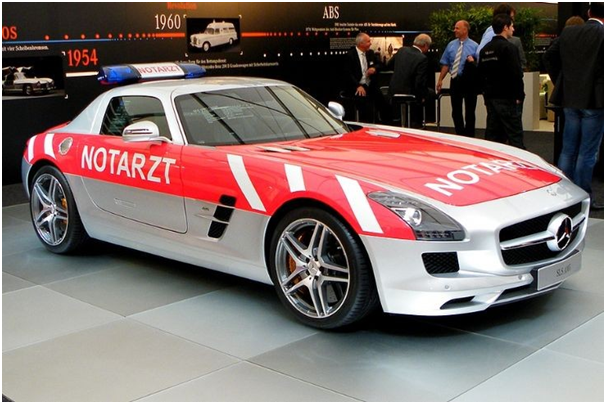 Some of the toughest ambulances in the world can be found in Russia. Due to the extreme wintery conditions and adverse terrain conditions, some of Russia’s ambulance are fitted with monster-truck tyres and have an armoured body. Canada can also boast some mean emergency and rescue vehicles to deal with tough landscapes. At a cost of $30,000 per vehicle, it looks more like something you find on a construction site with huge tyres, ladders and a huge range of state-of-the-art rescue equipment.

The largest ambulance belongs to the Dubai Government’s Centre of Ambulance Services. It came into being after a concept by Dr Martin von Bergh from the Global Medical Consulting company. It can treat and transport an impressive 123 patients and measures a whopping 65.71 feet. 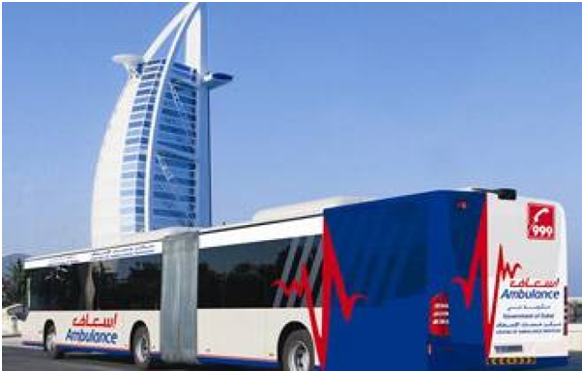 Another super-fast responder is the customised Lotus Evora with a top speed of 185mph. It will be used in Dubai by a group of specially-trained paramedics working for the Dubai Health Authority. The aim is to reach patients in a mere 3-4 minutes! The vehicle is too small to transport patients but will be used as an emergency first responder staffed with two paramedics who can administer care before the ambulance arrives.

The current Guinness World Record for the longest ambulance ride with a patient on board was set in Denmark in August 2014. The Ambulix Ambulance Service travelled for 2,373 miles between Antalya, Turkey and Herning, Denmark. The journey took 3 days to complete after a Danish woman fell ill during a trip to Turkey.