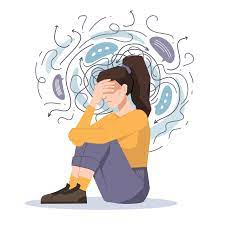 Compulsions are mental acts or repetitive behaviours that reduce the distress associated with obsessions. Patients may perform compulsions to wash their hands, clean their rooms, or even avoid doing something. These actions may become so ingrained in a patient’s mind that they become part of their routine. Patients may engage in these behaviours to escape the distress associated with their obsessions, but these acts can become so extreme that they can interfere with their daily lives. 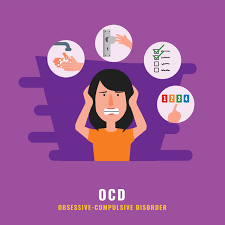 Obsessions are repeated, intrusive thoughts or impulses that may trigger feelings of anxiety or fear. Some people with OCD attempt to control their thoughts by performing compulsions to alleviate those feelings. These compulsions, or rituals, may be irrational or even impossible to control. Examples of obsessive thoughts are worrying about germs or thinking about doing something inappropriate in public. For professional Mental Health Training Courses, go to Tidal Training

Most individuals with OCD have an obsession that causes them to think about something that isn’t actually happening. These thoughts can be violent or disturbing. They may have no rational explanation, but they’re extremely distressing. People with OCD often find it difficult to stop performing their compulsions, and this is why stress may increase the risk of developing OCD. Generally, people with OCD are female, and symptoms start in their teens or early adulthood.

Psychotherapy is an important component in treating OCD. Cognitive behavioural therapy can be effective in treating OCD. One of the most common therapies used to treat OCD is exposure and response prevention, which involves gradually exposing the patient to their obsessions and teaching them how to ignore the intrusive thoughts. As time goes by, the intensity of their obsessions and compulsions decrease.