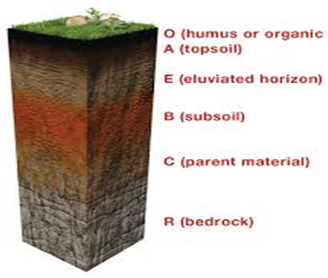 If you’ve not got green fingers like me then you mit not have given much thought to soil before. Soil is quite fascinating though, trust me on this. A complex mix of water, air, minerals and the countless organisms which are decaying remnants of many things that were once alive. It is literally the skin of the Earth and is absolutely crucial to supporting life on our planet.

Soil has many vital functions in all ecosystems and has an impressive job description:

There are three main types of soil – clay, loamy and sandy. Loams are a mixture of clay, sand and silt and are the most fertile of soils. A small patch of this amazing substance can contain a billion living things including worms, mites, fungi and tens of thousands of bacteria.

Scientifically, soil is divided into different layers from the top down to bedrock and is called a soil profile. The layers are each referred to as horizons. 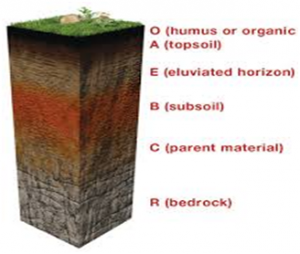 Soil can often be under threat from the practices of man, for example, intensive farming, the use of chemicals, water, land and air pollution. All of these factors will affect the soil and the ecosystem that it supports. The main reason soil becomes contaminated is due to man made waste which is full of chemicals not found naturally.

Industrial activity is the biggest contributor to soil pollution and the waste caused by mining and manufacturing stays in the soil for a very long time. To use land that has previously been an industrial site, the soil needs to cleaned. For Land Remediation Services, visit http://www.ashremediation.co.uk/. Agricultural practices have included the use of pesticides and fertilizers which cannot be broken down by the soil and eventually become absorbed by plants so that when they decompose they also add to the levels of pollution in that area of land.

Acid rain occurs when pollutants in the air mix with rainfall and this rain gets absorbed back into the soil. This polluted water dissolves some of the vital nutrients found in soil and changes it’s structure. It certainly makes you realise how important it has become to make sure we are protecting our soil.