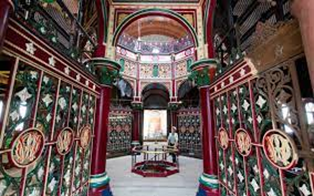 In the mid 1860’s the Big Stink in London became a literal big stink as a result of an environmental disaster that emanated from raw sewage that flooded the streets of London. In the hot summer months of 18 58 the stinky stench of raw sewage in the filthy Thames was so intolerable that it caused Members of Parliament to flee the parliament chamber in the House of Commons while the foul odour permeated the entire city. Sewage produced by an immense population of more than two million Londoners was flowing into the Thames but the sewers were totally inadequate. They could have done with some Drain Lining Surveys from Wilkinson Environmental. 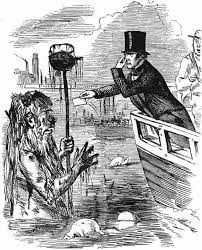 At the time, as the news of this embarrassing problem spread, a local doctor wrote an article addressing the problem of what was to come. This doctor suggested that instead of dealing with the stink itself, dealing with the odor that resulted would be more beneficial since it would prevent people from getting sick in the first place. He hypothesised, wrongly, that the foul smell coming from sewage would cause respiratory illnesses such as bronchitis, pneumonia or asthma which would prevent the victims from ever visiting the doctor and would ultimately cause deaths. His hypothesis made quite a stir and he was mocked by his colleagues for his ideas, but his research brought forth the first awareness of the sewage problem in London.

However the issue that came from the great stink was not the smell but the huge increase in waterborne diseases such as Cholera and Typhoid. The smell was merely a by-product and warning. At great cost new huge pumping stations were built and alleviated the problem.