Home  /  Reviews  /  How St Patrick became an influence on a literary great.
Maria February 24, 2021 Reviews Comments are off 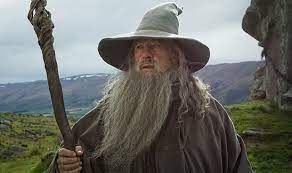 One of the best known figures in the Catholic Faith is St Patrick the Patron Saint of Ireland. His day, the 17th March is well celebrated throughout the world. Street parades, bars filled to the brim drinking green Guinness and the giving of Gift ideas for ST Patricks day are very common practice. However there is one famous literary character who St Patrick was a huge influence on. And, like Patrick, he was capable of quite a few miracles and magic himself. 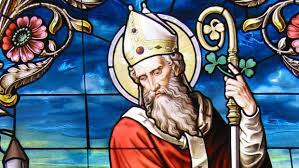 When he wrote the Lord of the Rings JRR Tolkien looked to the British’s isles and its Island myths to give him some inspiration. For the most part he looked at the old Norse and Germanic Sagas that had made their way to us via the Vikings and the Saxons, Angles and Jutes. However he was also keen to work in the tales of Druids and Wizards that were present in the Welsh and Scottish tales as well. However for Gandalf he would use someone that was closer to his strong christian ethic.

The figure of St Patrick can be seen closely within the character of Gandalf. Patrick is the wandering pilgrim, rich in local knowledge and the language of the isle. His tale is one of miracles and he meets several characters from Irish myth such as Oisin. As with Gandalf’s character he tries to convince and unite the people under one idea and banner facing intense opposition at times before he wins the day. You only have to look at the artist impressions of the men that they share a common look. Even Peter Jackson’s Gandalf the Grey follows this pattern. So when you give your ST Patricks day gifts, remember there is a little bit of Gandalf there as well.